With a little more serious of an approach than the last one.. 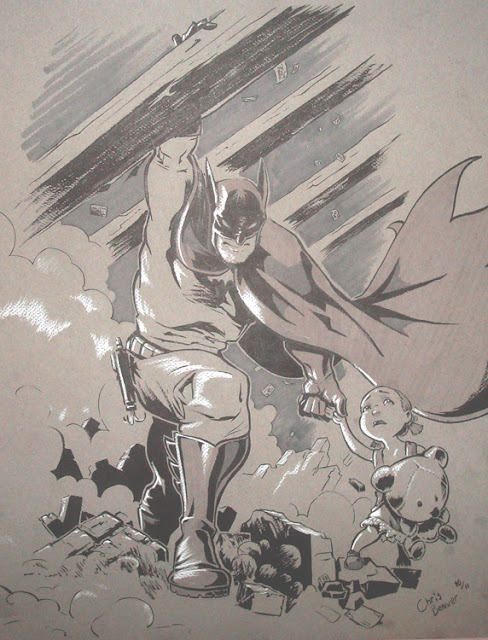 This year, after dodging the past two years, I decided to give this a shot!  A few nights ago a whole bunch of other folks and I holed up in Dragon's Lair Comics & Fantasy here in Austin to attempt to write and draw a 24-page comic book in 24 hours.  There must have been 20~25 people in there at the beginning of the night, by the time I went home it was down to maybe seven -- It's a hell of an endurance-trial!  I lasted through the night, but around 1:00 pm the following day it became clear I wasn't gonna finish 24 pages in time.. So instead I steered it into a 12-pager and called it done at 21 hours.  I might try again next year, and if so I'll simplify my drawing a bit and see if I can pull off the full page-count.

Anyways -- Hope you enjoy the pages..

In the course of this I amassed a nice fat list of things I need to work on.  Let's see how I do on my next project!
Posted by ArtByBeaver at 9:52 PM No comments: