Sorry for missing the past couple of days -- I haven't had much chance to work on this piece.  Getting back onto it! 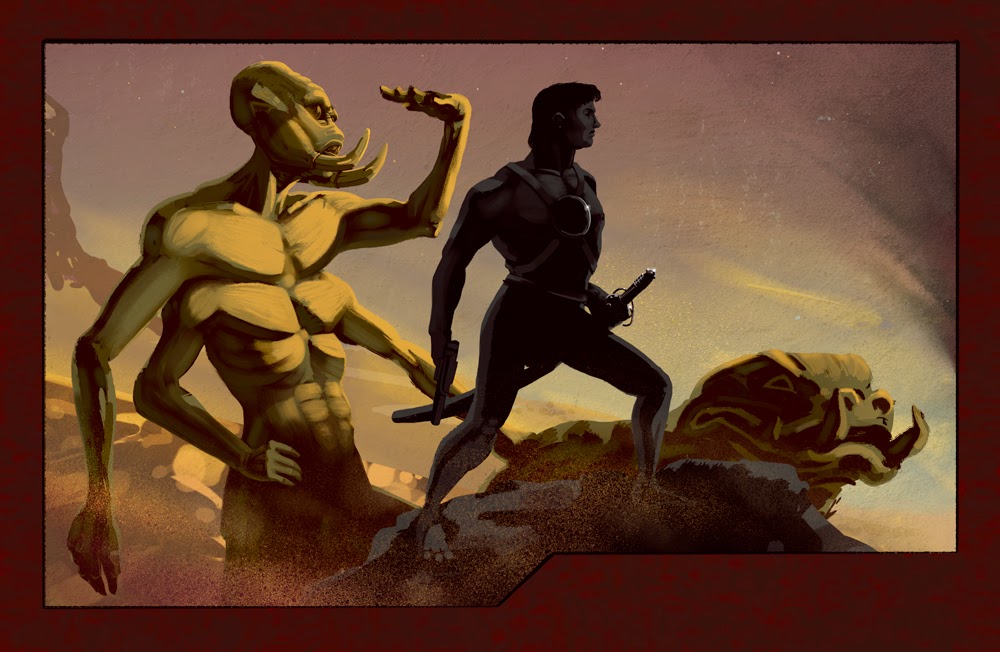 With this update, in addition to refining more details I've also added a bunch of texture and smoke/dust effects to give it a stronger sense of atmosphere.  Still a ways to go, but things are starting to take shape..
Posted by ArtByBeaver at 7:37 PM No comments: 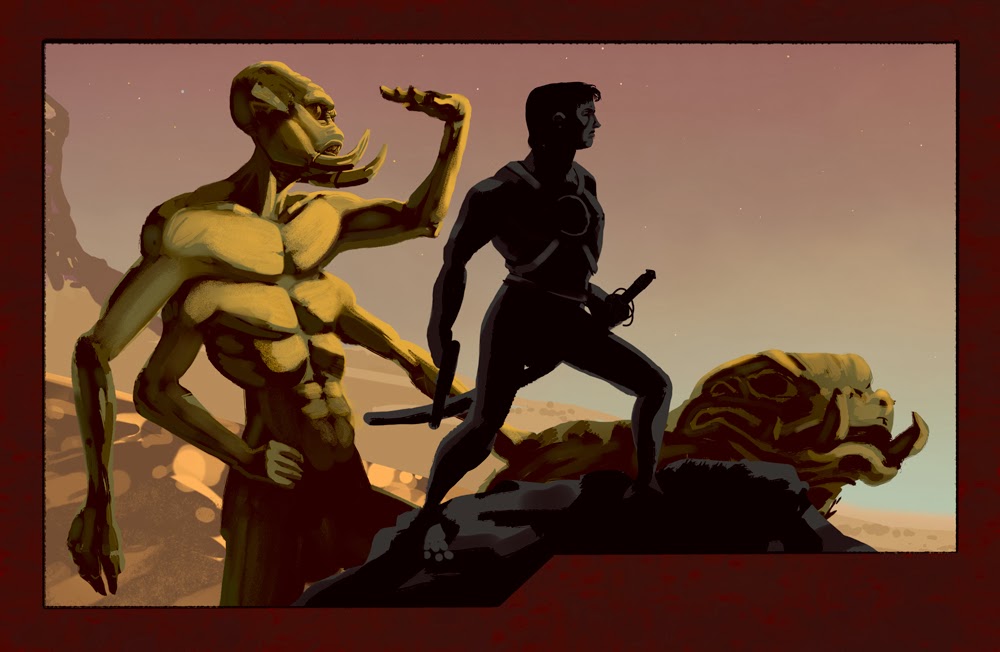 Don't really have much to say about this update.  Still tidying things up, but unfortunately I wasn't able to make too much time for it tonight.

On another note, I finished reading The Gods of Mars the other night!  Onto Warlord of Mars.  Kinda hoping Dejah Thoris actually gets to do something in this one, after being absent all throughout The Gods of Mars and being written depending on the circumstances as either the grief-stricken damsel or as the football the Men need to chase after.
Posted by ArtByBeaver at 10:08 PM No comments:

More painting.  Things are starting to tighten up here and there, but mostly I feel like I'm just sliding paint around and hoping it resolves something.  Looking forward to the day 20 years from now when this might come more naturally :\

This is being painted in Photoshop CC. 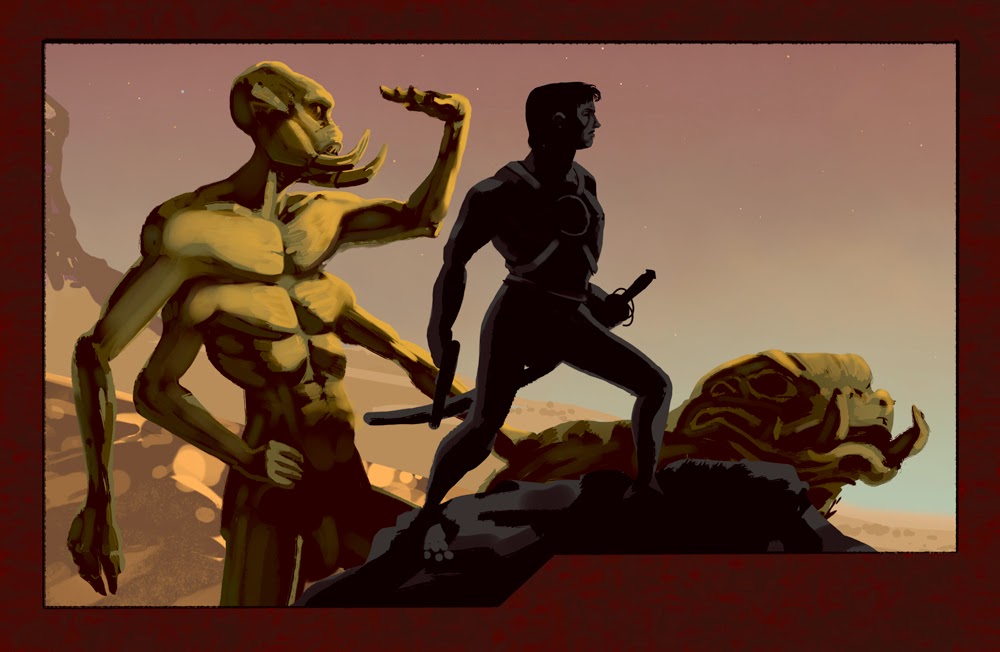 Posted by ArtByBeaver at 9:47 PM No comments:

Painting another print-piece!  Not sure that this one's going to be done in time for Alamo City, but a guy can try...  I'll keep posting WIPs every evening 'til it's done! 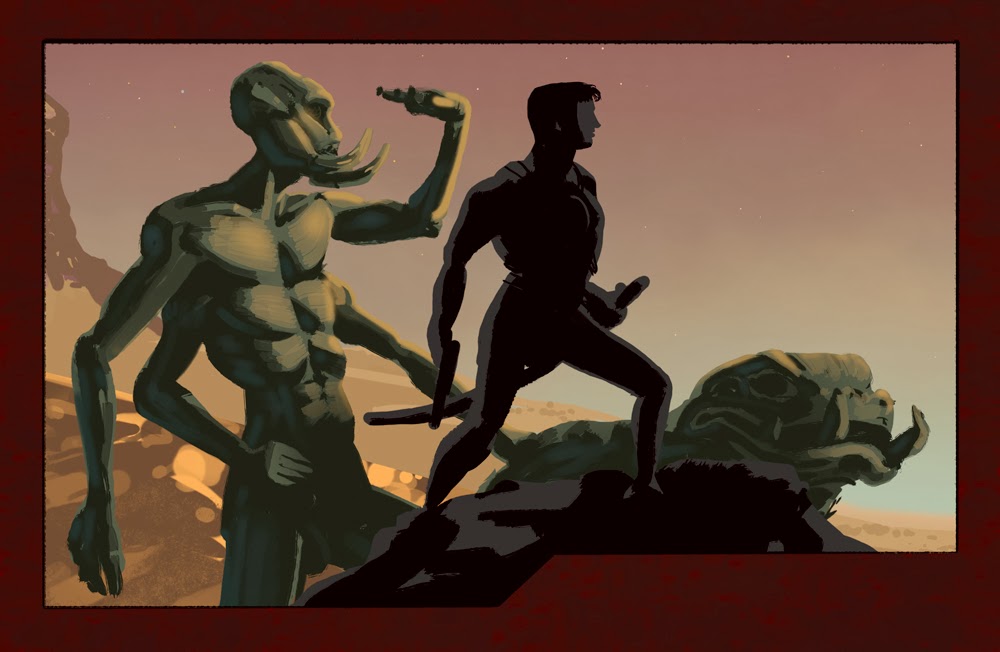 I've been reading from the John Carter of Mars series lately, which is what got me into the spirit.  I'm currently nearing the end of The Gods of Mars -- every page is more epic than the last, which you'd think Burroughs would eventually run outta steam on but it just keeps ramping up.  It's also becoming clear though where the Mario Bros. "The Princess is in another castle" storytelling-device got its inspiration.  Not sure this book would've gotten quite the same traction in a modern social-climate.

Anyways -- Hope you'll enjoy watching this piece come together!
Posted by ArtByBeaver at 9:49 PM No comments:

Here's a sneak peek at an all-new print I'll have out at Alamo City Comic Con!  It'll also hopefully be appearing in Mark Nasso's Doom Ranch 5000 in some future installment :D

You may remember the rough sketches from a couple'a weeks ago.  I feel like I accidentally demonstrated one of the perks of the doodling process -- This piece ended up being far simpler (and yet quirkier) than the original concept because I let my mind wander with the possibilities and happened to hit on something very different along the way that intrigued me.  Nice when that works out! 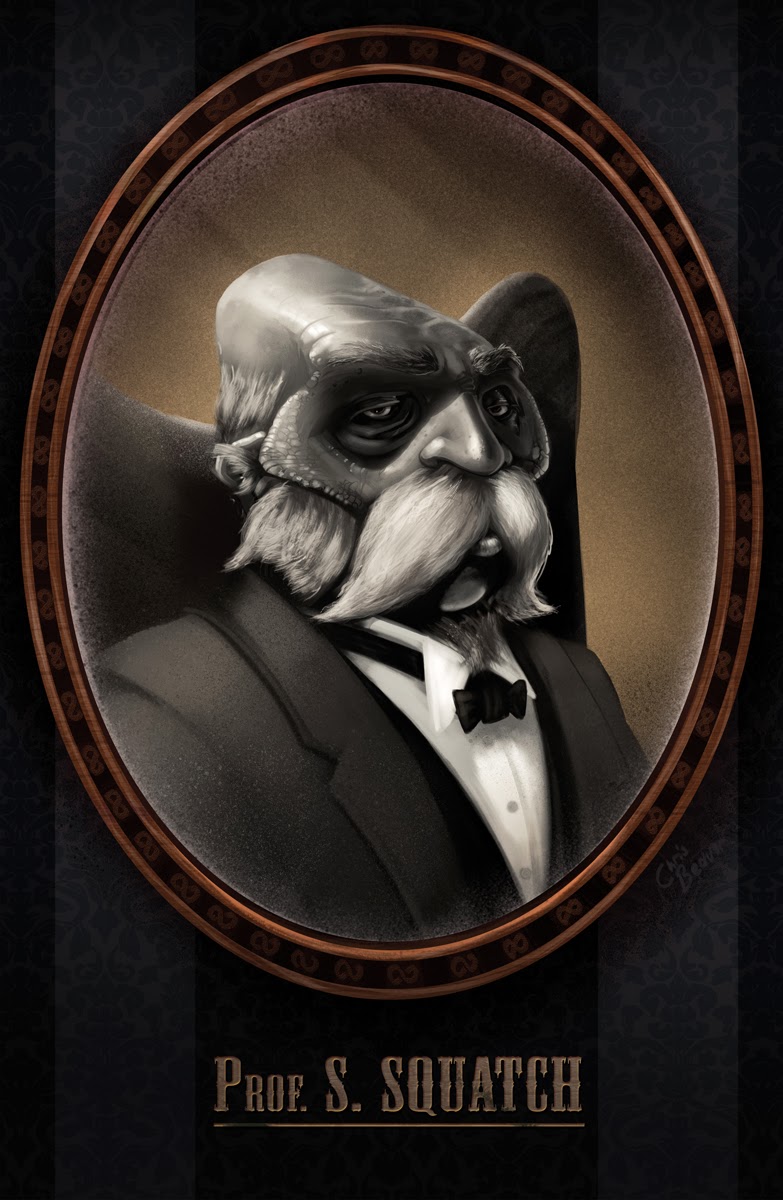 (By the way -- Space is still open for pre-commissions leading up to the show!)
Posted by ArtByBeaver at 7:13 PM No comments:

The thought struck me last night that even though I spend at least 8 hours a day at Powerhouse Animation, I rarely really get to talk about what I do there on my blog.  Mostly that's because of NDA's but also it's because I rarely get to show and tell, since a project might not come out for months after completion or might not ever even see a public audience.  Well, here's my chance!

We've done a couple of projects for TED-Ed, but this was the first to post.  PHA collaborated with FermiLab scientist Don Lincoln (who provides the narration) to produce an introduction to the Higgs Field theory, which outlines how mass may be assigned to particles.  The trick was that we only had a brief window in our work-schedule to produce it -- so it was decided to make it in a retro-1950's UPA'esque design style (which the character-designer Kellan Stover kinda knows his way around) which can be drawn, animated, and re-used very easily.  I painted most of the backgrounds and much of the incidental artwork (the trophies, the projecter, etc.)  Fun stuff!  My favorite part though is that the video ends basically saying "this could win somebody the Nobel Prize one day", and in fact only a few days ago it was indeed awarded to Profs. François Englert and Peter Higgs!  Congratulations to them!

Check out the full lesson at TED-Ed!
Posted by ArtByBeaver at 6:11 AM No comments:

It's pretty busy times around here.  I'm getting ready for Alamo City Comic Con at the end of October, where I'll be at Table A-94 with prints on hand, sketchbooks, and paper for sketching!  The next two weeks will be kind of a mad dash to finish up what I can to have on display, but I'll also be taking a limited number of pre-commissions up until then.  If you're interested then send me an e-mail for inquiries -- You can have a funky piece of Chris Beaver artwork waiting for when you find me, and help me afford to eat while I'm there!  Everybody wins :D

For now, I have a couple'a things to show ya -- One is a Hellboy sketchbook drawing that I did as a free sketch in the grand opening of Capstone Comics' new store here in Austin, and one is a sneak-preview of an illustration I'm currently working on.  You'll be able to see the final piece at Alamo City (and maybe other, future shows), but only there until I can get my scanner working! 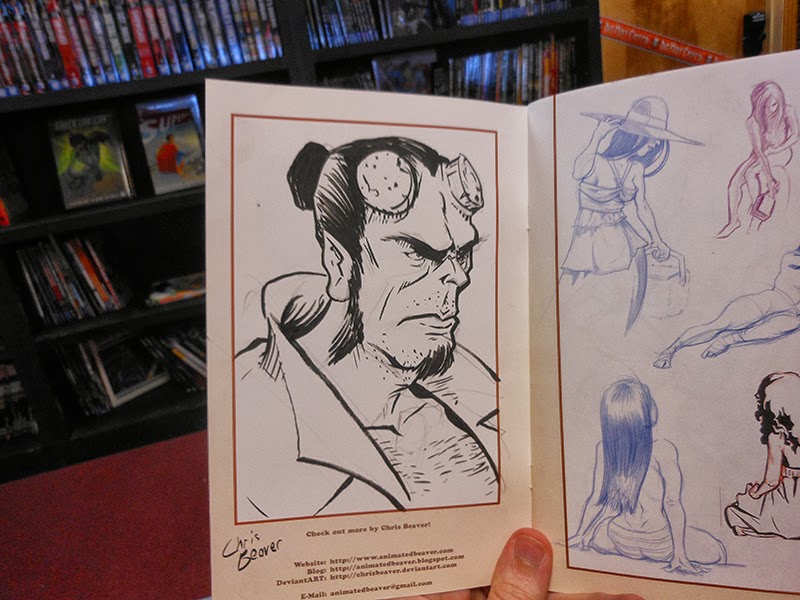 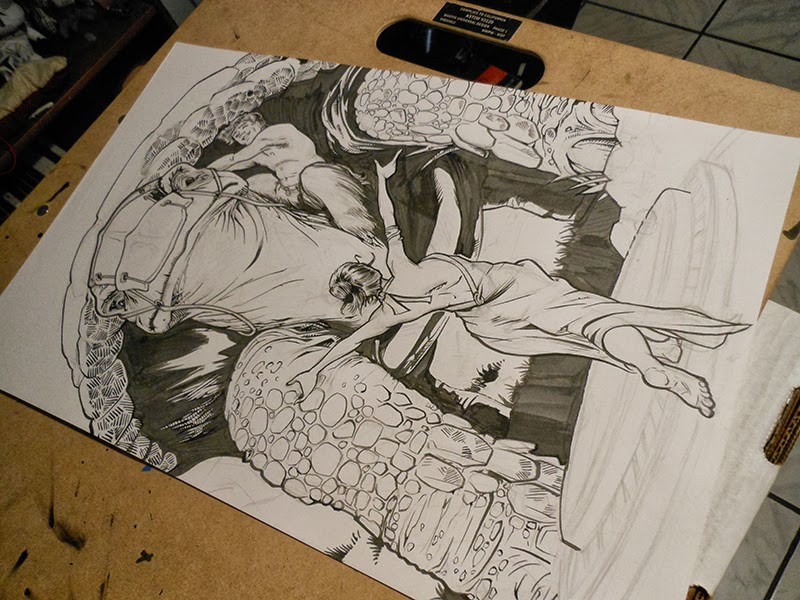 Posted by ArtByBeaver at 10:15 PM No comments: